We had great news on Monday night at the National Lottery Awards, our application for Lottery Funding has been approved. We even have a massive comedy sized cheque to prove it. 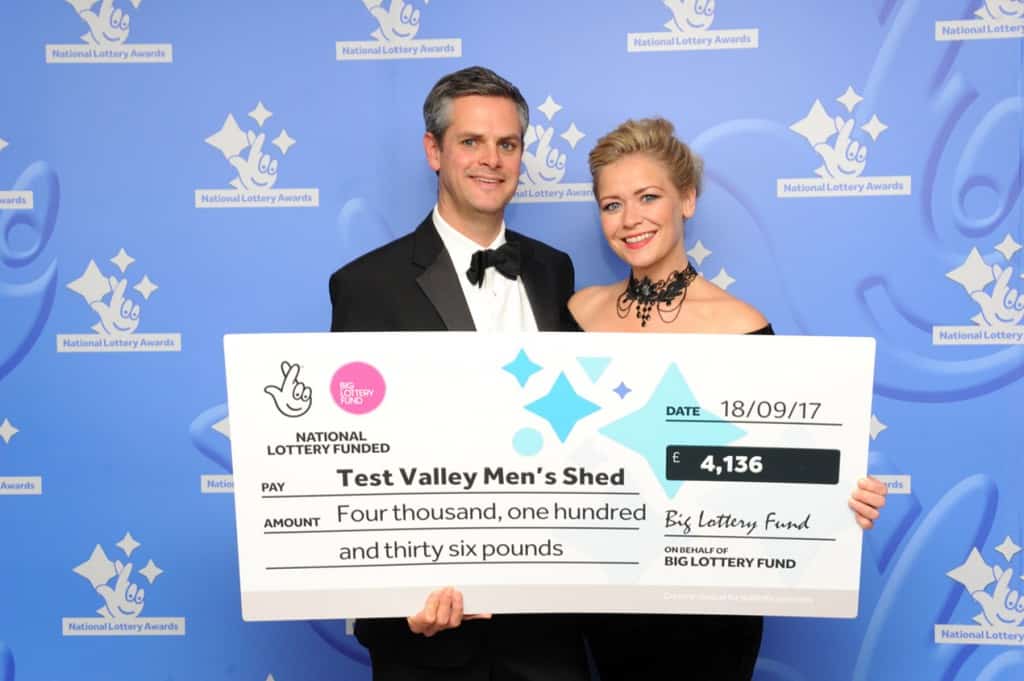 BBC reporter Joe Campbell visited Test Valley Men’s Shed to film a report on Men in Sheds for BBC South News. The piece ran on Feb 9th. The report features some of the shed members speaking about why they visit the shed.

Four Lanes Trust liked the idea of men in sheds.

The Four Lanes trust gives money to projects that will improve the lives of people in the Basingstoke area. The Test Valley Men’s Shed, based

in the Australian Men in Sheds movement have gratefully received a startup donation of £750 from the Four Lanes Trust, the money is being used to make the Old Pavilion safe for use.

The Shed has received some great press coverage, we’ve had write-ups in the Basingstoke Gazette 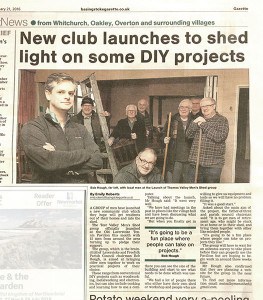 and the Andover Advertiser.